Labour hire is an industry that has been around in the developed world for several decades now. Businesses both like it and need it. A company may have someone off sick or off for an extended period of time due to injury creating a non-permanent job vacancy. To fill that person’s position with a permanent employee would not be feasible as the absent employee would be back to their job in a few days or weeks, hence the need for a casual worker. 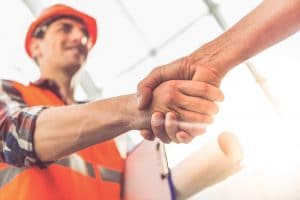 The most efficient way to get temporary employees to fill a non-permanent position is through a labour hire company. In an office environment, when, say, the receptionist takes 2- 3 weeks annual leave, the business will often need someone to answer the phone. So the business hires a temporary worker for the period of time that their permanent employee will be off for. This is exactly the same way a labour hire agency operates, the only difference being that the temporary position being filled in by a casual may be for a forklift driver, tradesperson or a labourer.

Another example where companies need the services provided by labour hire companies is when a company wins extra work –  maybe a project or something that will have a definite time frame to it. Such a contract will require extra workers who might only be needed for 2-3 months. For this, hiring extra permanent workers would not be appropriate as the extra work is only temporary.

Not hiring extra workers on the other hand, will mean that the company will not be able to meet the contractual obligations. This is a dilemma which labour hire companies help address by providing employees for that short period of time they are needed without the business incurring the cost of hiring permanent workers that will not be required in a week or month’s time.

Labour hire agencies are a growing business’ best friend. They are able to provide capacity when it is needed without inflicting an unsustainable burden on the company. What’s more is that if a permanent position opens up during the temp’s tenure, you won’t have to go looking for a new person to fill it; you have the option to just hire the temporary employee who is already familiar with the job.

As far as the workers that work for labour hire companies are concerned, it has been our experience that most of them are more than happy to work for labour hire companies. This is because they get a variety of work from different companies and generally receive a considerably higher rate of pay. These terms of employment also suit people not looking for permanent employment as they can work when they want to, and have time off when they want to.

Most labour hire workers are extremely competent and great people who like being there. In fact, a lot of labour hire workers are offered permanent positions with many of the labour hire companies’ clients once the hire period is complete.  It’s however up to the worker to decide whether they want to go permanent or not. Quite a few casual assignments that we put our workers into every year end up in a permanent job for them.

It is this win-win relationship with both clients and temporary workers that make the labour hire industry thrive.