Construction works have commenced on Australia’s first large-scale waste-to-energy plant located in Kwinana. As well as creating jobs, the plant will propel Perth towards a landfill-free age.

The new plant will be a game changer for Perth’s waste management as it will enable eight councils to cease sending a combined 400,000 tonnes (about a quarter of Perth’s post-recycling garbage) of household, industrial and commercial waste to landfills annually. The beneficiary councils are South Perth, Kwinana, Canning, Mandurah, Gosnells, Armadale, Murray and Serpentine Jarrahdale.

At the plant, the waste will be incinerated to produce steam for power generation with an expected output capacity of 36 MW – that’s enough power to supply 65,000 homes in Western Australia. Ash from the plant will be used to manufacture construction materials. The waste-to-energy plant will also help reduce carbon dioxide emissions by 400,000 tonnes each year.

On the jobs side, the plant will create at least 800 jobs including apprenticeships during the construction stage and about 60 full-time jobs when completed in late 2021. There will also be additional supply and subcontracting opportunities for WA businesses. 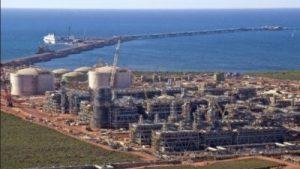 Under a new plan to restructure resource taxes by the Federal Government, oil and gas companies will have to shell out an additional $6 billion in taxes in the coming decade – most of which will come from WA’s LNG projects including Wheatstone and Gorgon.

The new law (scheduled to take effect from July next year if approved by parliament) will aim to deter companies from using losses they’ve incurred on unprofitable oil and gas exploration to reduce their taxes in operations that are highly profitable.

While the Treasurer says the tax overhaul better reflects the petroleum industry, the planned change has prompted warnings from players that it could negatively affect vital exploration.

BHP says that it’s been able to create a workforce that comprises of 35% female workers at its $3.6 billion South Flank project in the Pilbara. This is a significantly higher proportion than its international average of 22.4% from a global workforce of 62,000.

The initiative is part of the miner’s aspirational target announced in 2016 to have its global workforce comprise of 50% females by the year 2025.

So far, the South Flank project has awarded 177 contracts worth $1.5 billion with 83% (or $1.2 billion) going to WA companies. There are at least 600 people working at the site with the workforce expected to hit 2,500 at the peak of construction. The first ore from the mine is expected to be produced in 2021.